A weakening economy has forced businesses to cut back on shipments during what is traditionally the peak shipping season for the supply chain.

“Well, you said peak season, it's been not super peaky. That's why people are nervous. And they should be in the sense that if they're totally retail facing, this is something that should concern them,” she said. “Except for the auto space, inventories are bloated, that's a great way of framing it. So, we've got a bloated inventory for most of our retailers.”

TIA economists have said that the industry is always nimble and can pivot. They suggest manufacturing is still a huge strong growth output for the country, and Reinke suggests diversifying revenue streams to remain profitable.

“So, if they can start diversifying their reach into not just retail shippers, but also manufacturing shippers that can help soften the blow,” Reinke said. “And you know, we're talking about fourth quarter, but I think that's going into 2023, which there's still a lot of manufacturing out but there's still the trucks that need to be built. There's still any number of heavy equipment and machinery that needs to be built. So, how can I get into those lanes?”

Reinke said she thinks the market will become more normalized, but retailers will have an uphill battle.

“I tend to think it becomes a normalized market, which to those who started a brokerage in 2021 is going to feel like a depression,” she said. “I do think the retail space will continue to be challenging. Why? Inflation and the cost of goods, right? But I do think there is still a lot of demand out there, particularly in manufacturing.”

To hear more of Reinke’s comments on “peak season” and her take on the State of Freight, visit https://www.banyantechnology.com/resource/tire-tracks-episode-1-the-state-of-freight-with-tias-anne-reinke.

All new episodes of Tire Tracks will be posted monthly on all major podcast channels including Spotify, Apple Podcasts, and Google Podcasts. Video versions of the podcast will be hosted on Banyan’s YouTube channel and the company’s website. 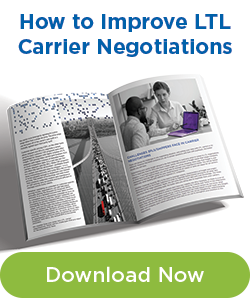 Let us know what you thought about this blog.

Prepare for Plan B with Tools that Enhance Visibility